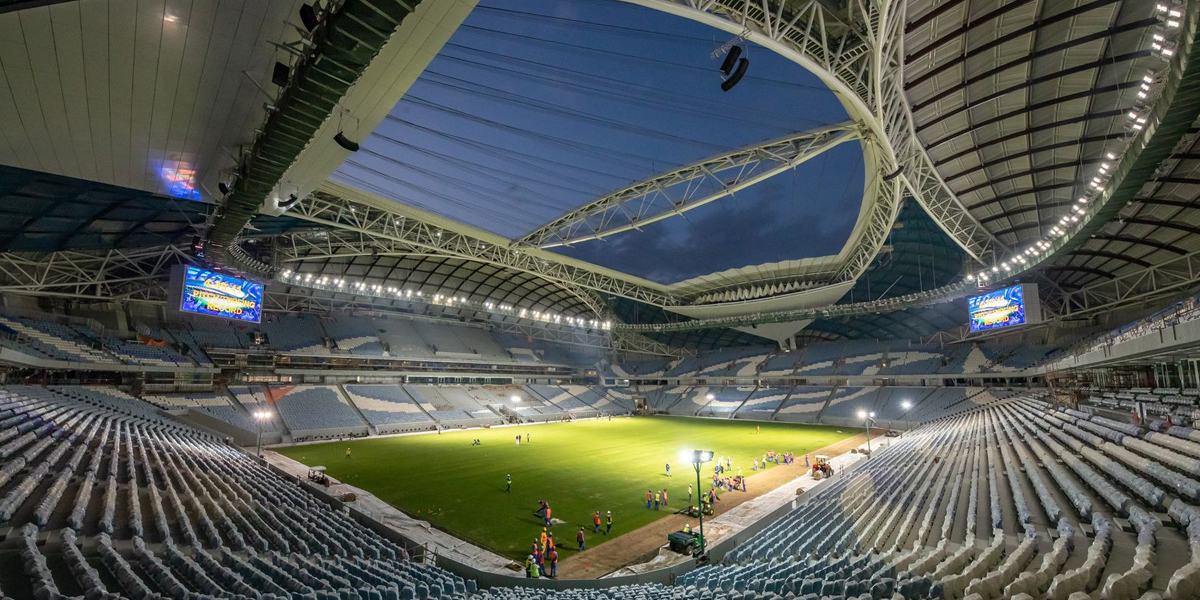 Grass turf grown especially in Qatar for the FIFA World Cup™ has been laid in record time at Al Wakrah Stadium, as the second proposed host venue for Qatar 2022 advances rapidly towards completion.

The team building the iconic quarter-finals venue broke the record for the fastest turf laying of a football pitch by completing it in just 9 hours 15 minutes. The previous record was 13 hours 40 minutes and held by Khalifa International Stadium – the first completed Qatar 2022 tournament venue.

The signature pitch that will cover all football fields during the FIFA World Cup 2022™ was grown at the Supreme Committee for Delivery & Legacy’s (SC) turf farm located within the Al Wakrah Stadium precinct. 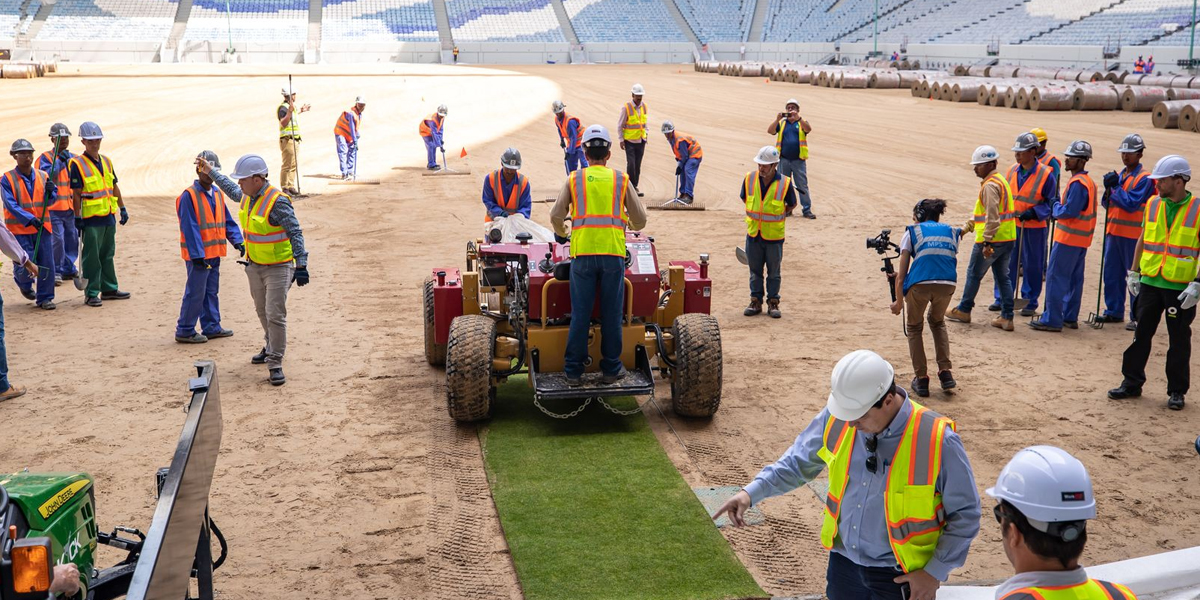 The grass was packed in 438 rolls and transported to the stadium bowl in groups of 30 using two different entrances to ensure efficient delivery. Installation of 6,300m² of turf begun at 9:30 AM on Friday 22 March and concluded at 6:45 PM.

Al Zarraa said: “This is a major milestone for the project that has been a success thanks to the smooth coordination between all the stakeholders involved. We are very proud that Al Wakrah Stadium is the first stadium built from the ground up for Qatar 2022 to have a field of play with our signature pitch.”

He added: “We are keen on beginning to shape the economic legacy of Qatar 2022 now by promoting local companies. This has been the case with the installation of the pitch by Urban Concept. This local contractor now has the expertise to do this type of work anywhere in the world.” 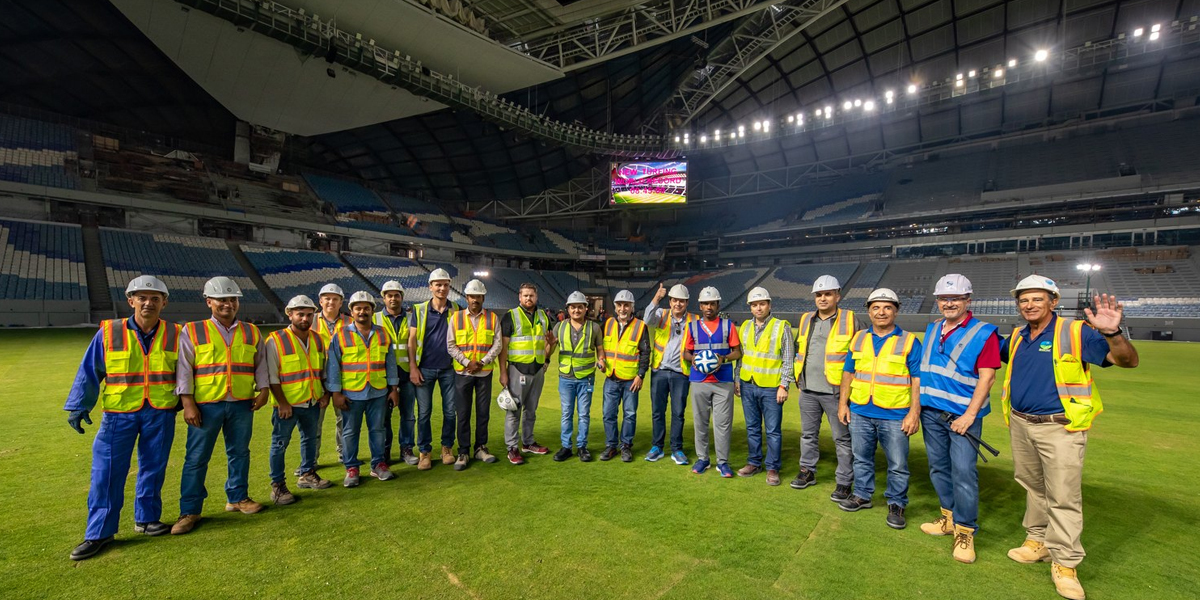 Al Mulla said: “The grass which has been laid at Al Wakrah Stadium was developed in Qatar at our turf nursery, and is our signature pitch which has been tested numerous times for playability, durability and other factors in collaboration with Aspire Sports Turf.”

“By installing the pitch in record time and having a turf farm in the stadium precinct during the entire tournament, we ensure we have a backup strategy if any issues were to arise during the competition. Now I know for sure that we’re ready for any eventualities,” he added.

The construction of Al Wakrah Stadium continues to progress rapidly with three local contractors involved in different areas. The stadium seats are made in Qatar by local company Coastal, while the steel for the structure is manufactured locally by Sulb.

A joint-venture between MIDMAC, Sixco, PORR Qatar is delivering the stadium where more than 90 per cent of the seats have been installed. The stadium is set to be completed in 2019.